EneRaPosted on January 9, 2014 Posted in Uncategorized — No Comments ↓

The Top 10 supplied over 18GW of PV modules in 2013, representing a 40% increase compared to 2012. With global PV demand in 2013 only growing by 20%, it is clear that the industry’s leading players expanded market shares considerably in 2013.

Similar to 2012, seven of the Top 10 companies were publicly listed, vertically integrated, c-Si manufacturers located in China. Sharp Solar, First Solar and Kyocera were the only non-Chinese based suppliers in the rankings for 2013.

Therefore, nine of the Top 10 companies were headquartered in either China or Japan, with First Solar being the exception to this categorisation. Once again, First Solar was the only thin-film producer in the Top 10, with healthy project pipelines providing strong pull on internal module supply. 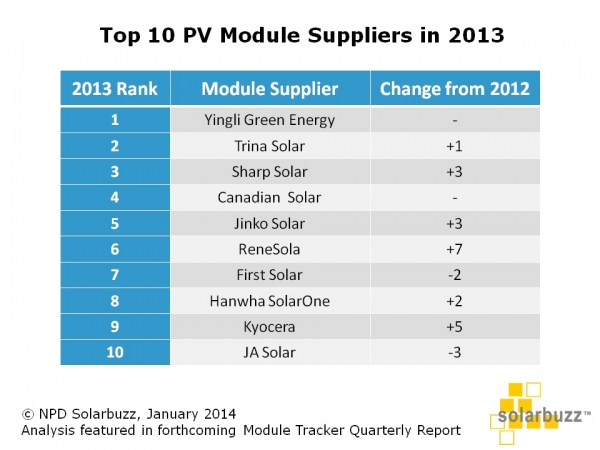